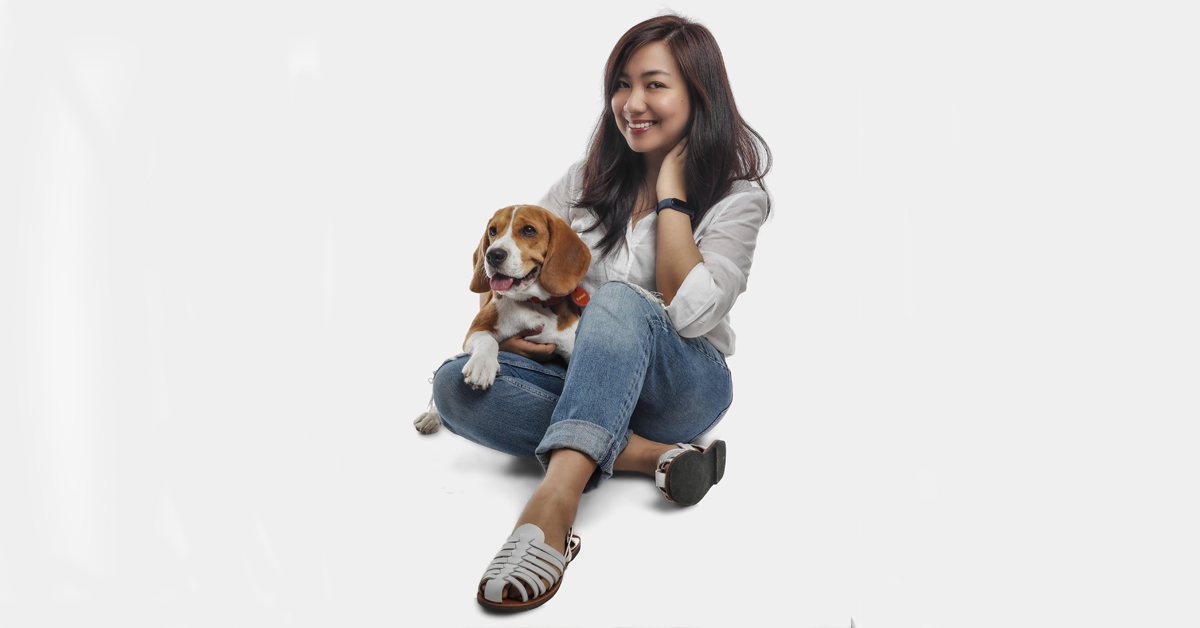 That famous opening line in the popular 1990s movie Forrest Gump means that sometimes life can give us happy surprises. In Janelle Lucero’s case, that happenstance that changed her life forever was a Beagle who, during the darkest days of her life, rekindled her purpose and gave her strong hope. 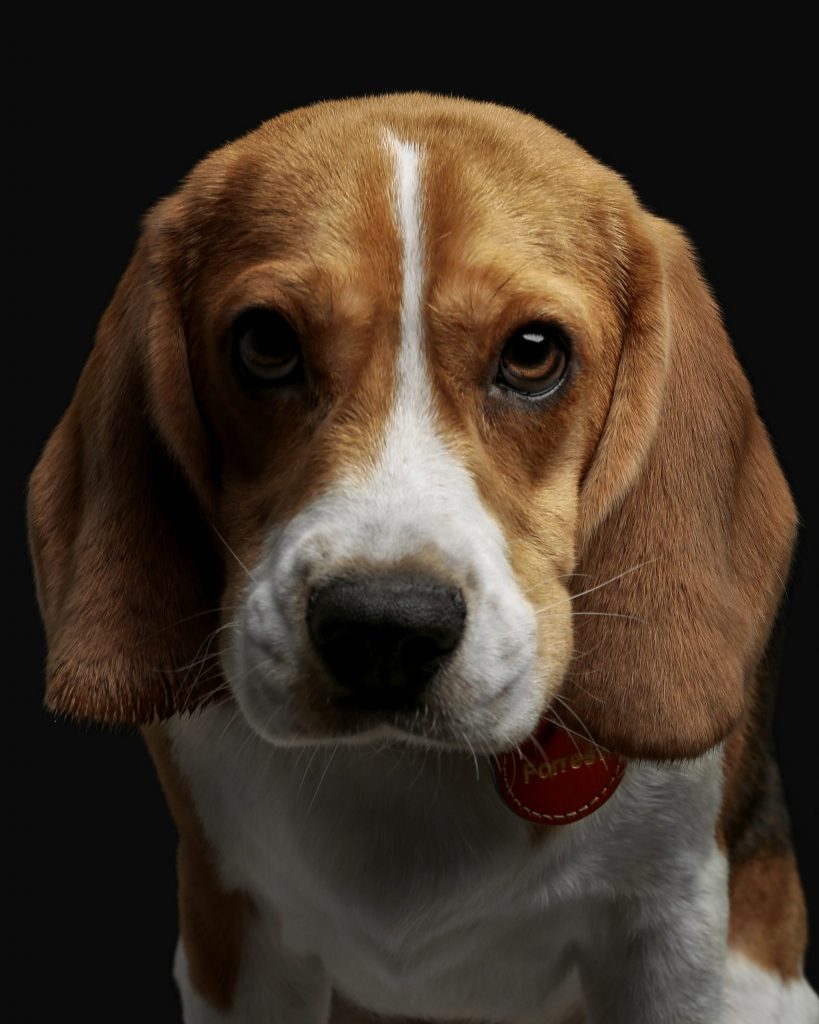 Appropriately enough, that was why she decided to name him after Tom Hank’s cinematic alter ego who bannered the title of her favorite movie. As Janelle puts it, “Forrest Gump teaches us that even the worst kind of pain can be channeled into something productive, like adopting a dog; it also says that, like Forrest, we should always look at the bright side of life.”

Although she and her family grew up with three Aspins in their home province of Isabela, adopting the baby Beagle, who she saw on a Facebook pet store, was Janelle’s first time in primarily taking care of a dog and becoming a pet parent. She chose a Beagle because of its high energy, which was the one thing she needed to lift her spirits during her trials in 2020.

The pandemic was just the tip of the iceberg. Years before and during the quarantine which restricted movement that could have averted some of her stress, Janelle had to contend with one major heartbreak after another. The first disappointment was her failure to pass the law bar exam after months of intense study. Then her beloved grandfather passed away. Finally, while she was still in the process of grieving, she accidentally slipped and fell on the bathroom floor, breaking a rib.

The fall could have been a mirror of those series of debacles that made Janelle feel like she had descended to the lowest pit of life, which was hard to climb from. She calls it “a crippling depression. All that happened within two years and then this pandemic happened. “After grandfather died, I wanted to have someone with me in the condo.”

Her partner Joshua did occasionally stay with Janelle to take care of her needs and comfort her. But it was the sound of her neighbors in her Sta. Mesa condominium walking their dogs that made her feel a little envious. After finally coming to the pivotal decision to adopt a pet, Janella and Joshua spent weeks studying what this new responsibility would mean. They did a lot of online research on dogs and their habits, their food, their health, and their hygiene, among other things.

Janelle shares, “Both Joshua and I studied how to take care of a pet dog. Each day was a learning process. We researched for a month before we adopted, googling and reading about dogs.” 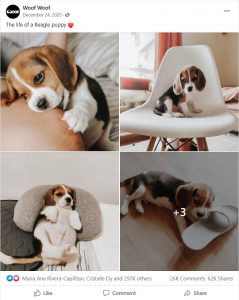 Then of course there was the matter of carefully selecting the dog’s breed.  Janelle explains this part of her journey:  “I needed a fur friend who could make me physically active. I thought that was a start. Then I read that Beagles are one of the most active dogs and yet the clingiest. That’s the best combination for me.”  The Facebook photo of the baby Beagle, separated from his mother for six weeks, tugged at Janelle’s heart. “He needed some loving and I needed his company.”

“Before adopting Forrest, I had a hard time sleeping, and I couldn’t eat. But Forrest gave me routine. I had to walk and feed him. It was a season where I was barely taking care of myself, but Forrest gave me purpose and a reason to get out of bed…”

Because Beagles have a hard time staying put, they have to be given room, space, and time to move around and expend all that abundant energy. To Janelle, that meant waking up every morning to take Forrest on a walk around the block. That ordinary daily exercise actually was the trigger that brought Janelle out of her slump and the fog of sadness that had shadowed her mind for years.

Janelle recalls, “Before adopting Forrest, I had a hard time sleeping, and I couldn’t eat. But Forrest gave me routine. I had to walk and feed him. It was a season where I was barely taking care of myself, but Forrest gave me purpose and a reason to get out of bed. He inspired me to walk because I also had to walk to heal.”

After some time, she also started to feel a certain unidentifiable lightness, like rays of sun dispelling a gloomy cloud. “Before, It was hard to wake up. What I felt was it was OK even if there was no tomorrow,” Janelle admits. “But when I started interacting with Forrest, that thought was replaced with others. I started asking myself if I will still have a dog once I have a family or I have become a lawyer.” She pauses then says, “That’s when I realized suddenly, I was thinking of the future, unlike before. Forest gave me hope. Every new day felt like a personal accomplishment.“

“My partner would calm me down,” Janelle says. “I’d take deep breaths to contain myself. Then I realized that it was our fault that we left Forrest unattended.”

Forrest also taught Janelle compassion, patience, and self-control. The Beagle’s energetic playfulness was hard to contain, and he ended up chewing through Janelle’s potted plants and her law book reviewers on separate occasions when neither she nor Joshua was at home. Not surprisingly, her first reaction on discovering the scene of destruction was anger which was masquerading a lot of pain.

“My partner would calm me down,” Janelle says. “I’d take deep breaths to contain myself. Then I realized that it was our fault that we left Forrest unattended.” 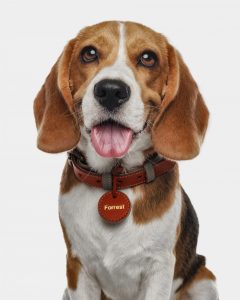 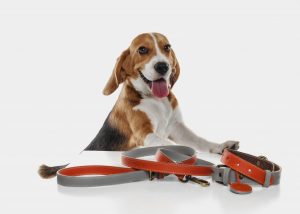 Forrest had joined in many giveaway contests and always came home empty-handed, this was his first win. 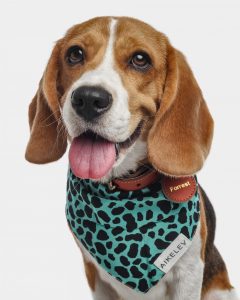 Forrest wearing his Bandana from Aikelev

From then on, walking or playing with Forrest became non-negotiable “because he really does get sad when we don’t get to walk. Or he transforms into his destroyer mode,” says Janelle.

As both pet parent and furry child reached an unspoken agreement and established their own routine, sadness — or anger – became less frequent, especially because instead of tearing up what he thought are toys, it is now Forrest who is giving Janelle comfort. “It is hard to be sad with him,” she admits. “He’ll put his head on mine and the sadness will leave.”

“I want to pass the bar and I want to give Forrest a future. I want to buy him a good bed. Now I have the motivation to earn money. Before, I had none as a student.”

During those moments, she would also catch herself thinking, “I want to pass the bar and I want to give Forrest a future. I want to buy him a good bed. Now I have the motivation to earn money. Before, I had none as a student.”

Before the bar exams, though, Janelle finds that there are a lot of easier-to-achieve gifts that she can give Forrest. “We went to Batangas last week and enjoyed the beach,” Janelle says. “Forrest enjoys the garden in Isabela because he can roam around.” 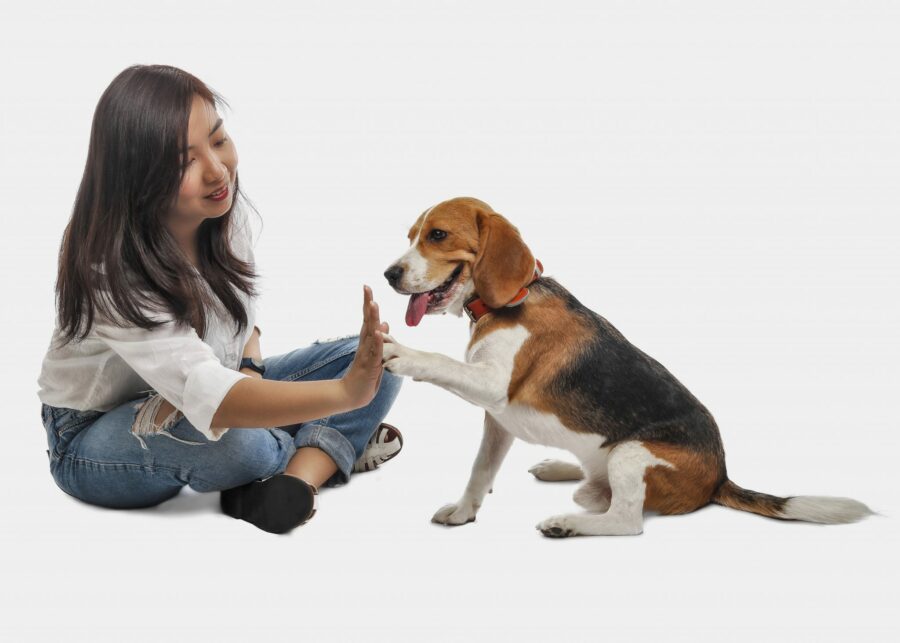 Janelle and Forrest doing a high-five 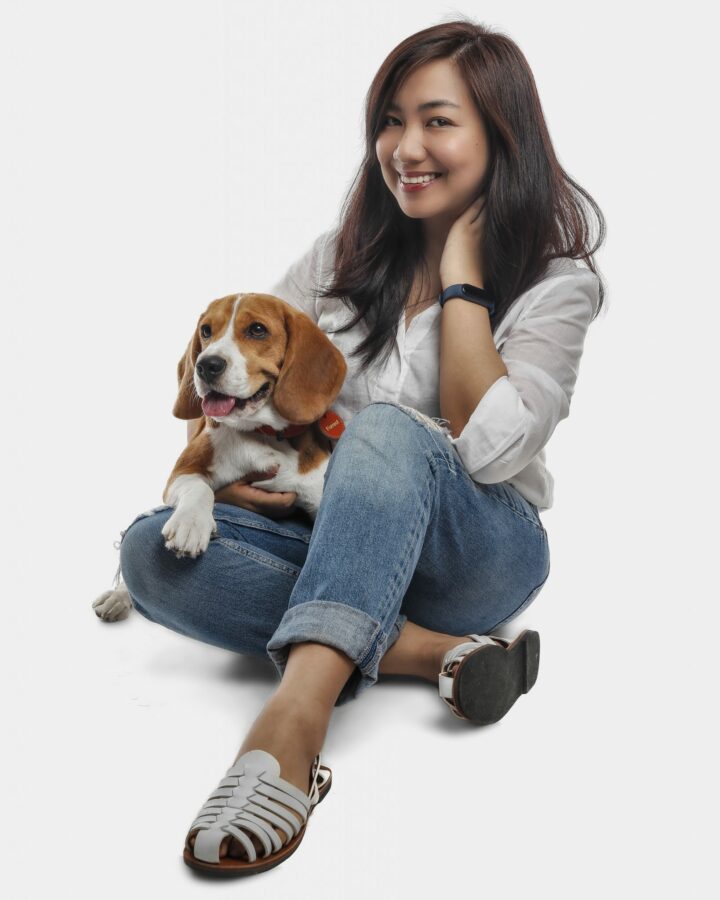 Forrest and Janelle are inseparable like peas and carrots.

With this change in scenery, Janelle is also experiencing a transformation within as she and Forrest continue to bond. “There is no more sadness. He woke me up and made me reflect on why I wanted to be a lawyer.

“Forrest gave me something I lacked before: hope. The tiniest ray of hope is a very powerful thing. It is the source of positivity in the face of negativity. And that is my silver lining during these trying times.”

← Previous: People will never understand our love for our pets as pet parents Next: India: the competition-winning Cocker Spaniel who thrives on challenges →

END_OF_DOCUMENT_TOKEN_TO_BE_REPLACED

Keeper, a hit-and-run dog, survived emotional and physical pain and was adopted by a caring animal lover, Dr. Camille Asuncion.